On March 9, 2006 by Umesh Shrestha With 0 Comments - Uncategorized

Since Monday, Kathmandu youth are enjoying concert on wheels organized by Surya Nepal pvt. Ltd, to promote its cigarette brands. Concert on wheels begin with wheels. All the artist and band members, along with their equipment, are loaded in truck and same truck used as stage. 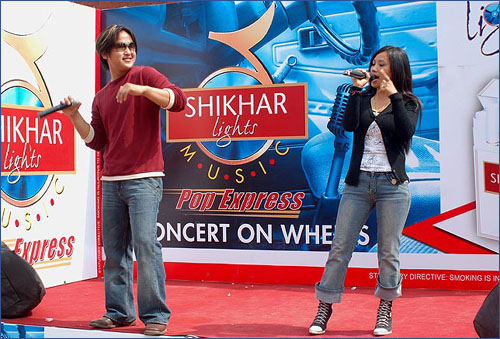 For five consecutive days, these types of concert on wheels are being organized at two different locations inside Kathmandu valley. On Tuesday, at Mangal Bazaar, some 7 thousand mass, especially youth gathered to enjoy free concert.